What It Feels Like to Have Persistent Postural-Perceptual Dizziness 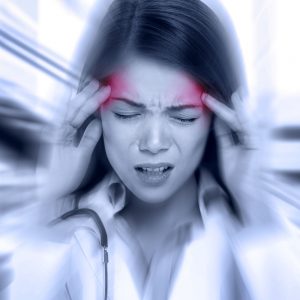 Persistent postural-perceptual dizziness or PPPD is a relatively newly defined condition. People who have been in to the Ealing Chiropractor to discuss this ailment, have reported that they have experienced bouts of feeling unbalanced, even though they haven’t fallen down, and a feeling that they are moving, even though they are still and not moving at all.

Other conditions that cause dizziness, such as benign paroxysmal positional vertigo and vestibular migraine have been seen to co-exist with PPPD. In fact, this is how it is most commonly presenting itself, and how it is being observed.

The important internal estimates or contributing factors for PPPD, include those of body orientation in terms of gravity, impacting on the motor control of balance and gait, and body orientation or motion. An example of when these symptoms can occur, are if the patient is looking out of the window of a train whilst stationary and then seeing an adjacent train that’s moving, which has been seen to trigger a temporary feeling of self-motion.

Another main feature of PPPD, is the occasional functional gait disorder and sense of imbalance. If you think about the action of human walking, it can be said that it is a species-defining function and a complex one at that, and it takes young ones up to two years to master. As a matter of fact, every step of a human walk involves a near fall. As a child learning to walk, it takes a risk with every step, but there’s also a potential reward with each successful step taken. This action requires a balance between fear and reward circuits in the brain. As we get older, and particularly in the elderly, this balance activates fear circuits as the risk of falling can lead to serious injury and disruption. As a result, elderly people can be seen to walk slowly, maintaining quite a rigid upper body, with low-amplitude leg movements and keeping close contact to the ground. This is the sort of gait that has been seen to develop in some of the sufferers of PPPD.

Patients that have been suffering from PPPD have been misinterpreted as suffering from agoraphobia, because they have intentionally avoided places like supermarkets, high streets and shopping centres. This is because the constant movement in such places, which are visually very busy, present a challenge for the sufferer’s internal estimates of self-motion and bodily stationarity. Some of the patients reported to have PPPD, experience a fear, apprehension and sense of instability, which is manifested in a fearful gait response, when having to walk on open or smooth surfaces.

There’s also a syndrome which was previously called motorists’ vestibular disorientation syndrome. PPPD sufferer’s have occasionally reported that the type of symptoms reported in this disorder, have occurred when driving, creating a distorted sense of a vehicle’s tilt, when on open roads, and this has occurred within very specific speed thresholds. It has been observed that patients will change cars a number of times before they start looking for medical advice.